Learn about our new home at the Hospital for Endocrine Surgery—a dedicated endocrine surgery hospital with no COVID patients
It breaks our heart to encounter patients on a weekly basis with Conn's syndrome and primary hyperaldosteronism who have not been diagnosed and treated for years and decades. If you have Conn's syndrome and primary hyperaldosteronism due to a benign aldosterone-producing adrenal tumor causing low potassium, high blood pressure and increased risk of stroke, heart attack, kidney failure and heart arrythmias, you need to take action. Unfortunatly, many patients are placed on medications just treating the symptoms of the disease. It does not remove the underlying tumor! Again, medications do not remove the tumor, surgery does.

What is Conn's Syndrome of the Adrenal Gland? 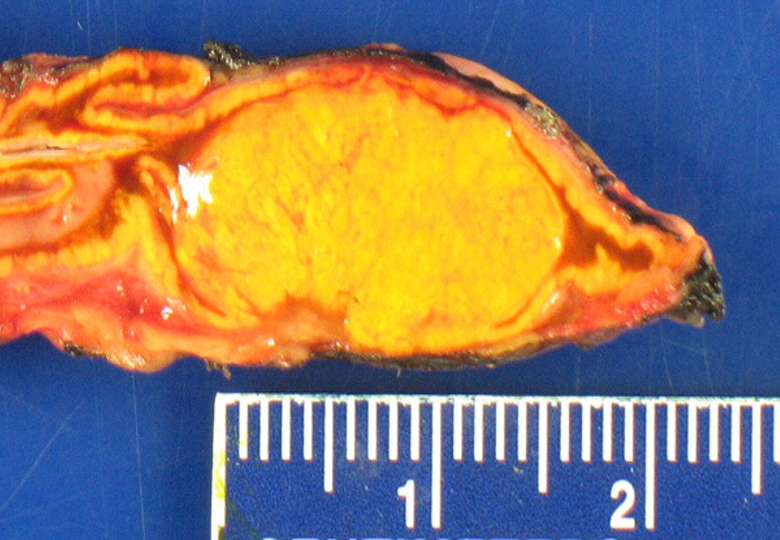 Conn's Syndrome is a disease caused by a tumor in the adrenal gland that is producing too much of the hormone aldosterone, and is often called "primary hyperaldosteronism". Conn's Syndrome causes a number of symptoms and is cured with surgery. Primary hyperaldosteronism (PA or “ALDO”) was first described by Dr. Jerome Conn (This is why the disease is sometimes referred to as Conn’s Syndrome) and is the most frequent cause of secondary hypertension (Secondary hypertension means that the high blood pressure has a known cause and is potentially curable). Conn's Syndrome is most commonly caused by a benign aldosterone-producing benign tumor within the adrenal gland called an adrenal adenoma (APA=Aldosterone Producing Adenoma). Yes, the whole problem is caused by a small (but toxic) benign tumor of the adrenal gland.

Is Conn's Syndrome of the Adrenal Gland Rare?

No. Conn's Syndrome is not rare, it is common, typically occuring in patients over 30 years of age. It used to be thought that primary hyperaldosteronism was very rare but we see a patient with Conn's several times per week. The reason Conn's Syndrome was thought to be rare is that many doctors did not know about it or were not tested for it because many patients were not feeling very sick and so the disease was not being diagnosed and the patients were just treated with high-blood pressure pills (anti-hypertensives).

Unfortunately, over time having too much aldosterone being produced by your adrenal gland damages your heart, blood vessels and brain. But most doctors were not actively screening their patients with high blood pressure to find the disease. They should, as you will learn as you read on.

Can Conn's Syndrome of the Adrenal Gland be Cured?

Absolutely. Almost all cases of Conn's Syndrome due to a tumor within the adrenal gland can be cured with simple mini-scope surgery. Thus, the importance of diagnosing primary hyperaldosteronism in patients with high blood pressure is not just to identify patients who can potentially be cured (yes, no more blood pressure medications, no more potassium pills) by a straightforward procedure... It will make the patient live longer and feel much better. This toxic (and very silent) disease can often be cured by a 20-30-minute mini-scope operation. It may save you from developing future strokes, heart attacks, and arrhythmias (for instance atrial fibrillation), and premature death. Learn about how a short Mini Back Scope Scope Adrenalectomy (MBSA) operation can potentially cure you of high blood pressure and thereby decrease your chance of stroke, heart attack, and sudden death. Read more about Conn's Syndrome and about what is called “target organ damage” and reduced quality of life in primary hyperaldosteronism on other pages of this site.

How do You Diagnose Conn's Syndrome?

The diagnosis of primary hyperaldosteronism (Conn's Syndrome) follows a logic three step approach that is:

What are the top 10 Things to Know About Adrenal Vein Sampling for Primary Hyperaldosteronism (Conn's Syndrome)? Read more on our adrenal surgery blog 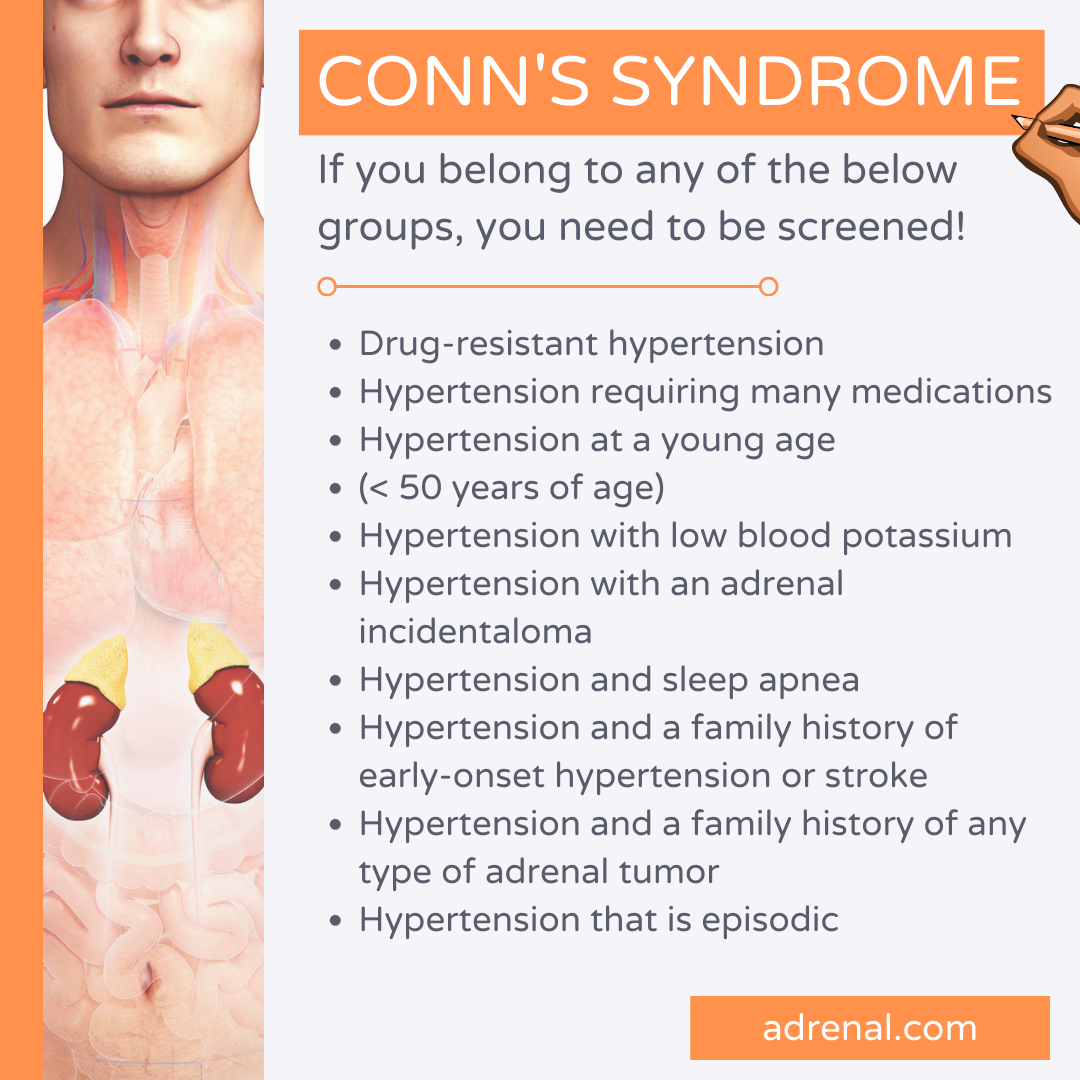 Conn's syndrome. If you belong to any of these groups, you need to be screened for primary hyperaldosteronism. Screening is easy. Ask your doctor, via a simple blood test, to check your plasma aldosterone concentration (PAC) and plasma renin activity (PRA).

Subtypes of Primary Hyperaldosteronism and Their Approximate Prevalence